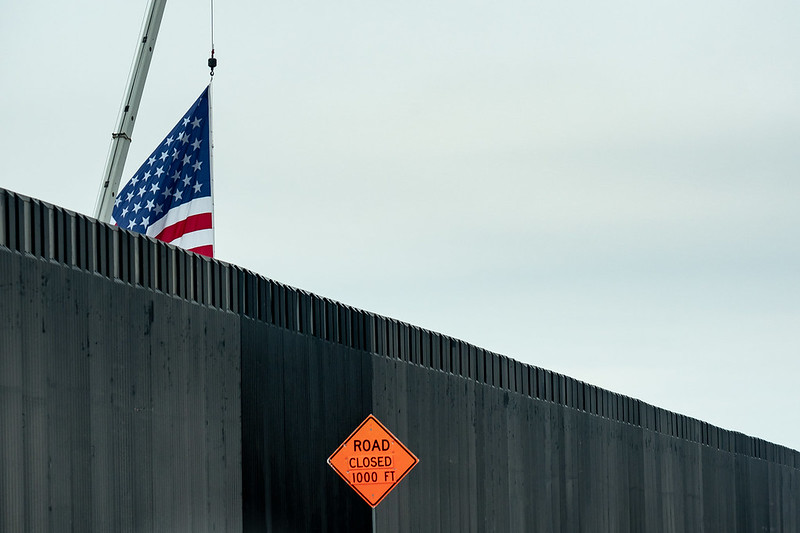 After four years of stability on our southern border due to the Trump Administration’s America first policies, the illegal immigration crisis is back with a vengeance—and it’s all Joe Biden’s doing.

Since President Biden took office, about 5 million illegal immigrants have crossed our southern border, and 1.5 million of these illegal aliens have been released into the country by the Biden Administration. In just the month of September alone, there were nearly 230,000 migrant encounters at the southern border, which represents the highest month ever on record and a nearly 300 percent increase from the same time two years prior under President Trump. That puts the total number of migrant encounters for the year at 2.4 million, which increases to 3 million when including “got aways”—the highest year on record for the second year in a row. Migrant deaths are also higher than ever at an estimated 850 deaths, and 98 known or suspected terrorists have been apprehended at our border in 2022 alone (compared to just 26 over the last five years combined).

The reality is that even with all these new illegal aliens arriving, we have no idea how many illegals are already living in the United States today. Some official estimates from Pew Research and even the Department of Homeland Security put the number between 10 and 12 million, but their methodology is suspect: these figures rely on self-reported data from the illegal immigrants themselves, and they somehow show virtually no increase over the last decade and a half. Other independent estimates put the number of illegal immigrants in the United States at anywhere from 20 to 29 million—about 200% higher than the official estimates. Either way, it’s a lot, and odds are the number is far higher than Americans are led to believe.

These tens of millions of illegal immigrants living in our country bring a tremendous cost to American society. The massive influx of labor without any E-Verify or effective Visa system drives down wages for the American working class and puts a tremendous strain on our nation’s public benefit resources at the expense of the American taxpayer, to the tune of $132 billion per year. Crime—particularly gang activity, drug trafficking, and drunk driving—also proliferates, and the act of illegal immigration itself creates a culture of disrespect for our laws, traditions, institutions, and values.

But our porous border carriers a tremendous human cost, too. Fentanyl, now the leading cause of overdose deaths in the United States, claimed the lives of 71,000 Americans in 2021 alone, and it is primarily trafficked through the Southern border. In the last year alone, over 11,000 pounds of fentanyl were seized at the border, enough to kill about 2.5 billion people.

An unsecured southern border also empowers the drug cartels and human traffickers operating in Northern Mexico. Over the last year, drug cartels have become increasingly emboldened and expanded the scope of their operations along the border, dominating an industry worth an estimated tens of billions of dollars per year. In the same vein, human trafficking from Mexico has grown into a $13 billion per year industry, and almost 290,000 children have been trafficked across the border under Joe Biden’s watch. These figures just go to show that the humanitarian and national security crisis at our border isn’t just a travesty for American citizens—it’s horrific for all those involved, too.

If the President Trump’s immigration policy taught us anything, it’s that strong border security measures work—including a border wall. In fact, DHS data shows that construction of a border wall can decrease illegal crossings by as much as 87 percent. Other reforms, such as the “Remain in Mexico” policy and implementation of Title 42, contributed to stemming the flow of illegal immigration under President Trump, only to be reversed and disregarded by the Biden Administration—which has also served to alienate the Mexican government and discourage their cooperation on this important issue.

Rather than secure our nation and protect our citizens from the illegal immigration crisis, the Biden Administration has chosen to sit on its hands and cancelled the progress President Trump made on the border—and all Americans continue to pay the price.